By Kevin Brookhouser April 30, 2013
Over the past five years, I have spent a great deal of time shifting 20% of my class from being teacher-centered to student-centered. That was a fail. 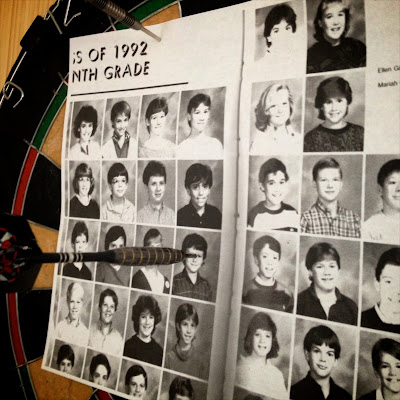 I've written a fair amount about the 20% Project and why I believed that it was important to have class time when the teacher is off center stage while shifting emphasis on the students. This model energized and liberated many of my students, while it confused and terrified others. Either way, I was committed to establishing a project where students can take on challenges and solve problems any way they saw fit. As a result, my students are currently wrapping up some amazing projects.

The problem, though, is that a 20% Project should NOT be a student-centered project. It should be a human-centered project. OK, I don't really like the term human-centered either. Last I checked, most students and teachers at least resemble humans. I mean, what else would it be, pistachio-centered? I'm reminded of when writers begin a sentence with In life, or Throughout history, or In society. These modifiers are meaningless.

However human-centered is a specific term that comes from the design-thinking framework that Molly Wilson introduced to our entire school last week. For a solution to be human-centered, it must come from deliberate research on the individuals who will experience the solution. It involves building empathy on the user. I much prefer the term user-centered or audience-centered, but whatever you call it, I prefer the idea better than student-centered when applied to independent product-based learning assignments like the 20% Project.

A student-centered project is one that focuses on the creator's needs and desires, where an audience-centered or user-centered project focuses on the actual person who would use the project. Many of my students naturally intuited that their project should be audience-centered. Consider my students who decided to teach technology to senior citizens. Before they began solving all of the seniors' problems, the students took the time to see where individuals were in their expertise and assessed their goals for using technology. These students adapted beautifully while creating their session.

Next year during the 20% Project, I would like to see empathy be a more structured component of the project. After they identify what type of project they want to pursue, students will need to identify the audience or user base of the project. Then they must interview potential users and empathize with them to better understand how to solve the problem. According to Molly, this component of the design-thinking process is not only essential, it's also a ton of fun.

There is still a place for student-centered learning, just as there is still a place for teacher-centered learning. Perhaps the closer the learning goals are toward the bottom of Bloom's Taxonomy, the more the work should be teacher-centered. As activities work their way up, they should be student-centered, but the top should go beyond the student and center on a real authentic audience. 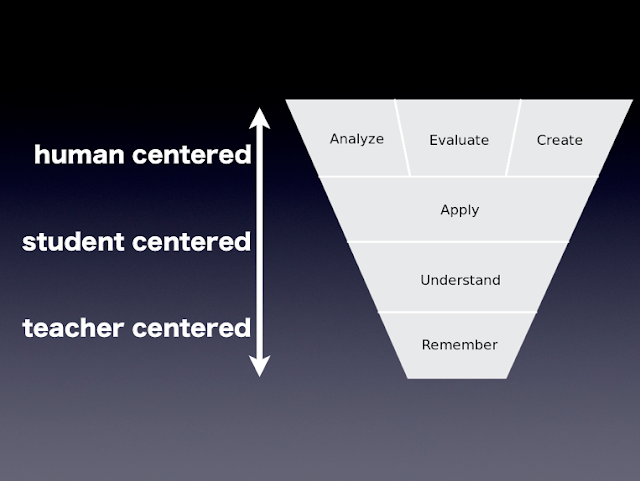 Many language prescriptivists object to the term centered around claiming that objects and ideas can be centered on something but not around something. I've made such obnoxious objections in the past, but perhaps classes should be centered around teachers, students, and humans.