20% Time: A Small Audience is the New Big Audience 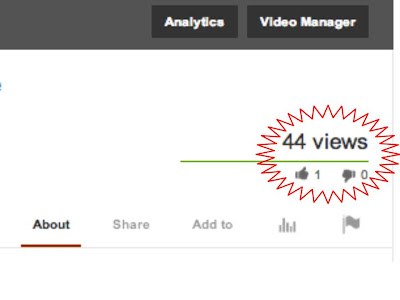 Inevitably, I have students who show up to my class on the first day of school telling me what they want to do for The Twenty Percent Project.
“I want to write a novel. I’ve always wanted to write a novel. I’ve tried several times to write a novel, but now I have the chance to do it for a class and I think I can do it. Can I write a novel?”
“Yes, a novel is a great Twenty Percent Project. Start thinking about who your audience is, so you can interview them before you begin writing.”
“I always wanted to build a website.”
“Good. What kind of website.”
“A website for teenagers.”
“Better. You know that audience better than I do, so you would be well suited for that. Is this a website for all teenagers?”
“A website for teenagers who want to raise chickens.”
“Yes. Run with it.”
What’s so great about a website for teenagers who want to raise chickens is that it has a niche audience. Before the internet, media producers had to reach the broadest audience possible in order to make up production and distribution costs.
I’ve seen reruns of Macgyver. Clearly those producers were reaching for the lowest common denominator.
Now with a $250 Chromebook and a connection to the internet, users can create books, websites, infographics, podcasts, and videocasts, and they can afford to appeal to a narrow audience with unusual interests.
Each Thursday evening, a group of friends and I get on our computers and meet for a Hangout OnAir using Google+ (actually it’s Friday morning for Chris who lives in Australia). We broadcast a video conference where we talk about what’s new with Google in education. Google [Google Educast] to find it. Anyone in the world can watch us live or download the broadcast to their devices to listen on their commute.
Most people don’t.
Most people aren’t interested at all in what’s happening with Google in Education. Most teachers aren’t interested in Google in Education. Most Google fanboys aren’t interested in Google in Education. But there is a small sliver of people around the world who are interested in both enough to want to watch or listen to us talk for an hour about their narrow interest. Few have served that small audience before.
Are we making money? No. But remember, money is not the motivating factor in these kinds of projects. We’re motivated by our autonomy. Our producer, Dan, gives us feedback and some direction, but for the most part, we decide how to run the show. We’re motivated by mastery. Each show seems to get better and better. Please don’t listen to my shows from 2012. Not only am I probably recommending Google Reader, which is now gone, but I am also probably stumbling over my shownotes. I still stumble, but not quite as much. We’re motivated by purpose--our audience. Each week a few hundred people hear our show, and we get questions and comments from them, which keep us going every week.
For more on this topic, read Chris Anderson's The Long Tail. 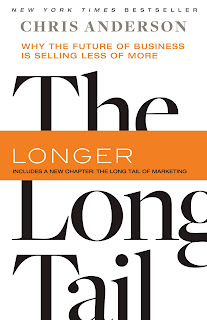 Your students’ audience is probably going to be very small for a very long time. You need to tell them that up front, and help them celebrate every audience member. The goal is not to reach a large audience.