Overcoming Functional Fixedness with Gaming: Limbo on the XBOX 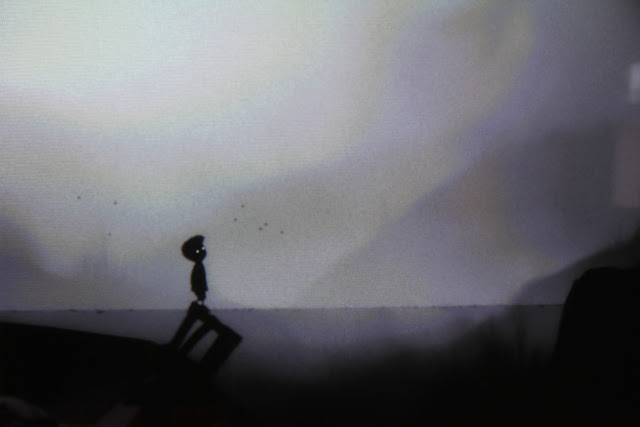 In the summer of 1995 I was leading a mountain bike trip in the remote Blue Ridge Mountains of North Carolina. I took a nasty spill and broke the axle on my front wheel. Digging through my bag I found everything I needed to replace the axle except an essential washer. My partner started digging through his bag, realizing that if we didn’t find a washer, I’d be walking the 12 miles back to the trail head ... and he'd be waiting for me with the rest of the group. He revealed a beer bottle cap, pulled out his multi-tool, drove a hole in the middle of the cap. “Here’s your washer.” Sometimes a bottle cap isn’t a bottle cap.
Archimedes had his moment when he realized a bathtub can serve a purpose beyond bathing--it could also measure volume through displacement. Eureka!
One of the keys to solving problems effectively is to overcome the cognitive bias known as functional fixedness. If you’ve read Daniel Pink’s book Drive, as I’ve urged, you would remember The Candle Problem, which demonstrates our tendency to think of objects as having one discrete purpose. In order to solve this puzzle, we must not think outside of the box, but rather reinvent the purpose of the box.
Recognizing and overcoming our functional fixedness seems to be critical if we are going to solve our world’s major problems, not just broken axles and hypothetical puzzles, but how do we nurture our ability to see objects and tools as having multiple purposes? I would argue, practice.
At some point, I’ll write about how I think Legos have shifted from a system that helped kids combat functional fixedness to one that encourages it, but today I want to write about a video game. Hailed by many critics as the best game of the year, the little black and white 2D game, Limbo, available for download on the XBOX marketplace for about $15 is a beautiful and haunting little game. It’s also another one of those so-called video-games-as-art games. Whatever, that debate has become dull.
Yes, there is so much to love about Limbo, but what made me stop playing it to write this post was its ability to force us out of our functional fixedness. In order to progress through the map, we have to move our benighted little protagonist from left to right, solving puzzles, finding unexpected ways to overcome obstacles.
[minor spoiler alert ... first five minutes of the game ... skip the next three paragraphs if you don’t want to be spoiled]
After overcoming some lethal bear traps, our hero approaches a lake with a little wood crate on its bank. I climbed over the crate and attempted to swim across the lake. The poor boy never learned how to swim, sank to the bottom, and produced small puff of bubbles before his glowing little eyes turned dark. Trial-and-die.
Luckily this game is generous with infinite respawns, so I decided that the crate was going to have to be my boat. I dragged the crate into the water and attempted to float across the lake, but each time, I fell out of the crate and drowned ... and drowned ... and drowned again.
Right when I began contemplating giving up and finding the solution on the web, I had that little eureka moment. The crate isn’t a boat ... it’s a ladder, at which point I dragged the ladder to a nearby tree and climbed my way to the next puzzle.
It’s a very small example of overcoming functional fixedness, but I can’t help but think that time spent experiencing the satisfaction of battling that bias helps train our brains to think beyond the obvious and maybe solve significant problems in innovative ways.